This time round on Knidos Cookery Club were welcoming cookery fans in Uzbekistan who can finally enjoy unfettered access to our superior vegan and vegetarian recipes after the government unblocked a host of websites, including WordPress, last week.

To celebrate this unprecedentedly momentous occasion, we’ll be riffing on laghman, a classic noodle dish from Uzbekistan. A friend recently turned up at KCC’s Almaty HQ with a proliferation of King Oyster Mushrooms (see the photo below), providing us with a challenge to come up with something tasty. 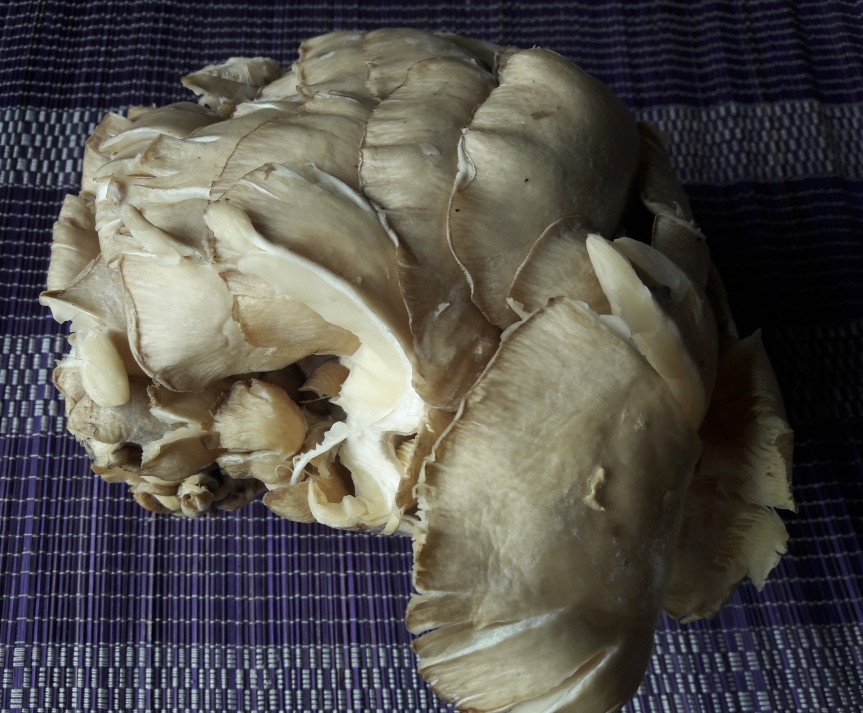 A quick root around the kitchen cupboards produced a pack of soba (buckwheat) noodles and some sesame seeds so we put a pan of water on to boil and chopped up some leek, celery and tomatoes and added a dash of wine for a rapid-fire stir fry involving the funky-looking mushrooms.