Welcome back to Knidos Cookery Club, or KCC to those in the know. This time we’ll be whipping up some hummus spiked with the super-spice turmeric – it’s easier than you think and once you’ve tasted homemade hummus we’ll be surprised if you settle for a shop bought one again.

There are a lot of claims around the eastern end of the  Mediterranean Sea as to where hummus originated, but  ownership of this dip has now become truly international – we first came across this turmeric-infused version in Mexico earlier this year. 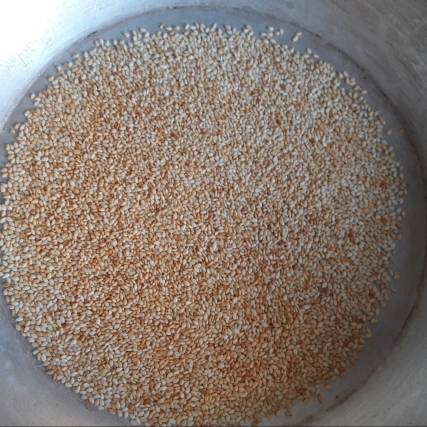 Add olive oil, and you have tahini

You’ll need some tahini (sesame seed paste) to make this recipe, but don’t worry if you can’t track any down – it’s simple to prepare your own batch of this nutty-tasting spread. Toast 50 g of sesame seeds in a frying pan (without oil) over a low heat and shake continuously until they turn from white to a golden colour. Then mix with 50 ml of olive oil in a blender and, hey presto, you have tahini. Add more oil for a runnier consistency.

There are a lot of similarities between Turkish and Greek cuisine with both claiming baklava as their own and many other shared dishes, but there are also some striking differences. One variation we’ve noticed on our travels around Turkey and Greece has been with the dish known as fava in both countries.

Last week we featured Turkey’s take on fava, made with broad beans, so this week we’re going to balance things up and have a look at Greece’s take on this dish, which is made with yellow split peas.

These dried peas proved quite hard to track down in Turkey – most supermarkets don’t stock them, but we eventually found them on sale in Datça market, mixed in with a few lentils and whole grains for good measure!

Greece’s version of this dish is runnier than Turkey’s, more like a hummus consistency, so it’s more suitable to use as a dip or spread. We’ve added some sumac to bring together these two esteemed cuisines in a spirit of gastronomic entente cordiale!

Juice of one lemon

Pinches of salt and black pepper

Use a pinch of sumac, slices of red onion and a squeeze of lemon juice to garnish the fava

Fry the finely chopped onion and garlic in the olive oil over a medium to high heat until the onions start to caramelise. Add the split peas and thyme, season with salt and pepper and stir well. Pour in the water, bring to the boil and then reduce the heat and simmer for 30 minutes or so until all the liquid is absorbed.

Allow the cooked mixture to cool for ten minutes and then use a hand blender to make it into a smooth paste. As you’re blending the mix, add the lemon juice to give it a creamier consistency.

Use a pinch of sumac, slices of red onion and a squeeze of lemon juice to garnish the fava and then serve warm with crusty bread and a green salad.

This time out on Knidos Cookery Club we’re going to make muhammara, a spicy roasted red pepper and toasted walnut dip. Originally from Syria, this spread made its way onto Turkish tables via Antakya, which is located at the easterly end of Turkey’s Mediterranean coast. 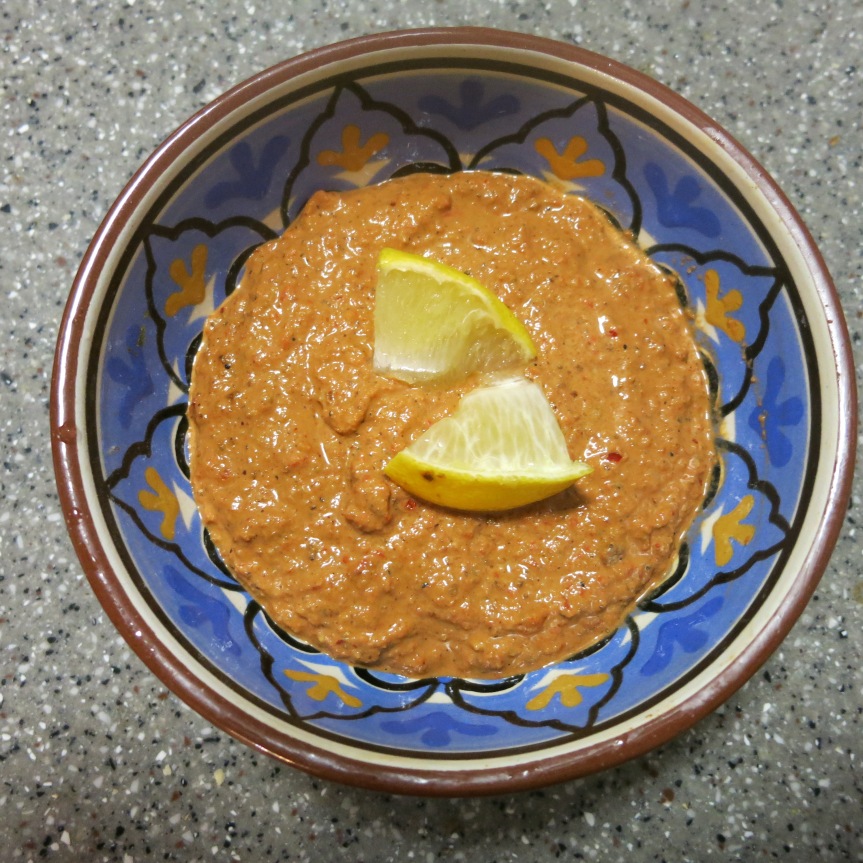 This delicious dip was brought to Knidos Cookery Club’s attention by our good friend Tolga, who introduced us to the method of roasting the peppers over an open flame on our gas hob. 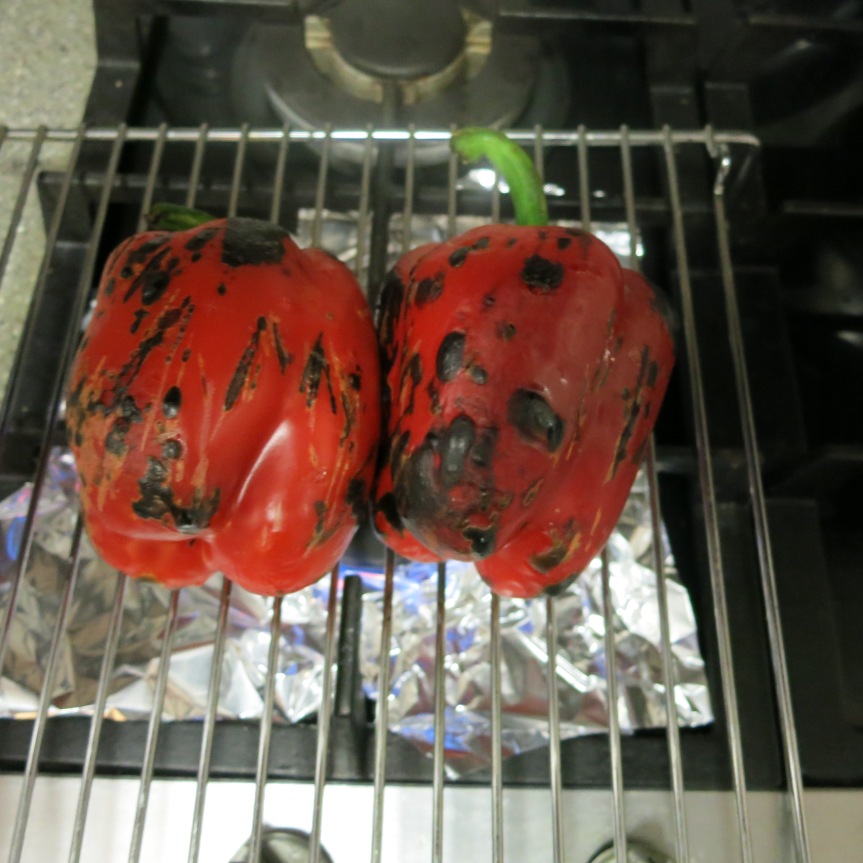 Put some tin foil under the burner to stop your hob getting all messed up and cook the peppers over a medium-high flame. Using a chopstick or a wooden skewer can make the peppers easier to manoeuvre on the flame.

You can also grill the peppers or roast them in the oven, but the open-flame method gives them a smoky flavour that combines excellently with the toasted walnuts and chili flakes.

Muhammara works well when teamed with our courgette and almond dip and our carrot and walnut tarator as part of a scrumptious meze platter.

one clove of minced garlic

Roast the peppers over an open flame, under a grill or in a hot oven until all the skin is blackened. Turn them round regularly to ensure they are cooked evenly.

While the peppers are roasting, toast the walnut pieces in a frying pan over a medium heat for 5 minutes, stirring or shaking the pan regularly. Don’t overcook them as they can taste bitter if you do.

Place the peppers in brown paper bag and allow to cool – this will make it easier to peel the peppers. Now remove the outer skin from the peppers then halve  and de-seed them. Be careful when cutting the peppers as some hot liquid may spurt out if they’re not cooled down enough.

Garnish with slices of lemon and fresh mint (if you have it) and serve alongside other dips with pita bread and/or slices of raw carrot, cucumbers and green peppers.